Brittany Butler is an R&B/Jazz/Pop singer-songwriter/musician. Since her first public performance at age 7, Brittany has always had an outstanding passion for music. Before the age of 12, Brittany had been written up numerous times in local newspapers, performed at various local venues, and won several singing competitions. Most notably, the American Idol Simon Malls tour, judged by past contestants Michaela Gordon, LaToya London, & George Huff in 2005. She also went on to win numerous national online singing competitions, and was selected by Taylor Swift herself as a Top 4 finalist in her 2009 FEARLESS cover contest.

At the age of 9, Brittany met Tuffus Zimbabwe - a Berklee College of Music alum and current pianist for Saturday Night Live. After singing for Tuffus, he recognized Brittany's talent and suggested that she audition for Berklee City Music. She auditioned and was accepted to study on scholarship as a member of the program at age 11. In May of 2011, Brittany toured four cities with the Berklee City Music Rock Ensemble, 2009 American Idol winner Kris Allen, and the Music Empowers Foundation. After teaching herself to play both guitar and piano, Brittany began posting cover songs to her YouTube channel in December of 2007. Since then, her covers have received rave reviews and acknowledgements from artists and celebrities such as Taylor Swift, Green Day, Brendon Urie (Panic! at the Disco), Joe Trohman (Fall Out Boy), Ashton Kutcher, Ricky Martin, and the Jonas Brothers, among others. She has since accumulated 105,000+ subscribers and nearly 10 million total views. Through the magic of the internet and a Green Day medley she composed and performed, Brittany was fortunate enough to meet Billie Joe Armstrong, one of her biggest inspirations. She was a featured artist on Boston's Mix104.1 "15 Seconds of Fame" segment multiple times and was named the best of 2012 and 2013 -- in addition to being a Top 5 finalist out of over 200 entrants to open Mixfest 2013.

Brittany graduated from the Boston Arts Academy in June of 2011, where she majored in Voice. In August of 2011, Brittany was awarded a full-tuition scholarship to Berklee College of Music, in addition to the prestigious Walter Beasley Award for Leadership. She officially graduated from Berklee in May of 2017.

Most notably, Brittany was invited to an industry audition in New York for Season 7 of NBC's hit show The Voice. After making it to the Blinds, her audition performance got Gwen Stefani and Pharrell Williams to turn their chairs. Brittany ultimately chose legendary producer Pharrell as her coach. She went on to compete in the battle rounds where she got to work with Alicia Keys, who joined the show as a guest adviser for Team Pharrell. 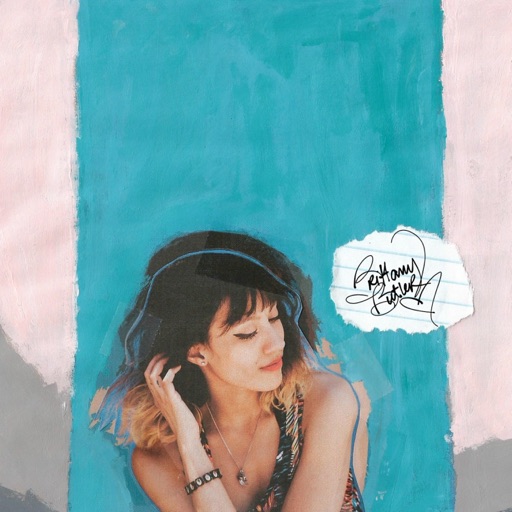 Amy Winehouse is one of Brittany's biggest musical influences. It was truly an honor when Brittany was selected the winner of the Amy Winehouse Foundation's global #BackToBlack10 cover contest. It was judged by the foundation, Amy's producer Salaam Remi and president of Island Records UK, Darcus Beese. In June 2017, Brittany ran a successful Indiegogo campaign to help fund her debut album. Her self-titled EP was released on July 20th, 2018 and features 5 of her strongest original songs. It entered the iTunes Top 200 R&B/Soul chart at #93 and peaked at #51 in its first day of release. It's available to stream on all major digital platforms!

In addition to her music, Brittany has launched two podcasts which she co-hosts, produces and edits - The Even Stevens Ranked Podcast and James Cameron's Titanic: Scene by Scene, discussing her favorite childhood television show (Even Stevens) and favorite movie of all time (Titanic).